At the Morell Law Office, Amy Morell focuses exclusively on DUI Defense.  She was a Deputy District Attorney starting out and prosecuted DUI cases.  She is a past Board Member and current Member of the California DUI Lawyer's Association (CDLA), the oldest DUI Association in California and the United States. Ms. Morell has defended more than a thousand DUI cases, including conducting more than a thousand DMV (Department of Motor Vehicle) hearings.

Visit www.LegalHelpForDUI.com to learn what Amy Morell and Morell Law Offices can do for you.

Ms. Morell works with the judges and prosecutors in all of Northern California having appeared in court more than a thousand times. She is knowledgeable of local rules and procedures of DUI cases in all surrounding counties.

Get a FREE case evaluation today - please fill out the form below to contact an attorney.

Thank you for contacting us. We will get back to you shortly.

Please complete all required fields below.

We have a proven track record of successfully helping people charged with DUI throughout the Bay Area. 20+ Years DUI Defense Only. 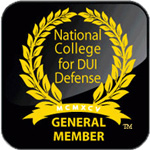